Time – the only frontier 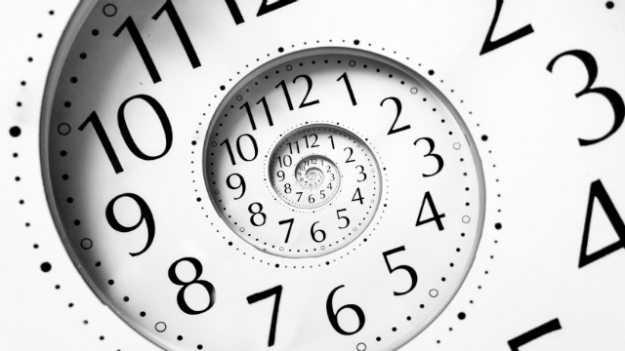 I’ve made this argument before and it remains true through all new systems Turbine creates – time is the only currency that matters.

Most counter arguments to ‘better ways’ discussions usually devolves into the lazy fallacy of ‘you just want free stuff, the game is easy enough’. This gets particularly silly when the item discussed by nature is easier the way it’s launched and improvements would make it less easy.

This is true with the new tiered system for collectibles. This new system is probably just an adjustment of the old way of how things more or less worked, but at least an improvement that is systematic through the entire game.

At the heart of it is to add collectibles back to all quests (with some allowances for stuff specific for Eveningstar and Eberron) and across the board. That’s not true now. The current system is really ad hoc.

The problem with the changes as it’s argued is that this forces high level players to grind low level content for mats, since all of the mats are divided into 6 tiers, with each tier covering 5 levels. This correlates somewhat to the mat needed for crafting recipes according to difficulty level.

In one way this makes sense; some recipes will be low crafting levels and therefor require easier to find mat. Higher level crafting require more of and harder to get mats. This is the fundamental of most systems – but just as it makes ‘sense’ in a way that correlates to understanding of how hard it is to achieve, it makes less sense when you look at what we are now. Plus think about it like this; if you have one set of quests in heroic and one set of quests in Epic, why would the same environments produce 2 very different set of materials? Such as Red Fen. Level 9 quests will in this system produce tier 2 materials and the level 23 will produce tier 5. Generally a mushroom that thrives in a similar environment would produce the same material, but here you have a silly notion of tiers. Screw biology and the natural environment these beetles and mushrooms live in – it all depends on what level you run things in.

To me this is sorta silly. As the logic is entirely based on the level of the item you craft and not the environment you would normally find this type of material.

Reversely; if you have a low end character wanting to craft high end gear, you are more or less dependent on the market to provide you with materials you can’t run.

The problem with this tiered system is that it denies either spectrum of a chance unless they can grind it. It’s easy enough for high end chars; they can simply do low level stuff with ease. It’s impossible for say a level 11 char that is a designated crafter to do the opposite; high end stuff for mats since they can’t even get into those quests – or for that matter survive. Unless you also have multiple chars. Not all do. We don’t all play DDO the same way.

This system not only rewards high level chars over low level chars in a absurd way but also punished dedicated crafters because they’re more reliant on market, the gold store or simply to grind levels and content they’re not interested in or can grind.

To grind or not to grind, that is not the question

Some compare this to how things are right now; you want something you have to grind for it. But that’s not entirely true. If I am on a ER train and run content I will always pick up collectibles. Always. But there are times when I don’t. Partly because of time constraint but also when in groups. But more accurately; it’s the least of things I run content for. I run content for gear and XP – collectibles is a afterthought in most cases.

To run content exclusively for collectibles, not benefiting from anything else is backwards and silly. And certainly not organic to anything I do when I play.

I don’t get benefit from XP (being high end in low end stuff). I don’t get gear I care for nor will use. And I spend the only currency worth anything – time – to do a menial task only worth the few mats I get out of it. As a working adult I value my time that I divide between interests – running level 1-15 quests for mats is not one of them.

To me a system like this should be ‘in addition’ to, not instead of. Crafting to me always worked hand in hand with all the other things I did. I picked up item leveling (and mats) and when there was a crafting bonus weekend I took all essences I crunched and the material and crafted a few levels. Then when I actually needed an item I spent whatever little time I needed to craft it, gear it and go on with my regular gaming.

I seldom had to run anything specific for materials. If I didn’t have one I might check the market and if the prices were silly (as it usually was with things you really needed for rare material) I skipped it.

But for most part I had all the basic materials since I picked up everything when I ran content.

This new system ‘forces’ players to be exclusive to their material run.

Better systems would be some already mentioned in the discussion. Either a system where you exchange one material for another. This one probably require some form of exchange rate. I’d say the difference in tiers maybe? Because it’s clear that it’s easier and quicker to grind low end material (usually shorter quests and certainly without anything that can hurt higher end chars).

The point is simple; you spent time running content. In fact the content you ran as level 26 probably took longer and was harder than say a level 11 quest. In other words you spent more time doing it.

And if you think it’s inherently unfair to treat a tier 1 run and material the same as tier 6 you could add a increase. For any up conversion it cost double the difference. Or 1.5. Whatever is ‘fair’. But the key here is to make a system that is organic to what people play, not force them into doing something they don’t want and for something like collectibles.

Another system and perhaps better is to divide all materials into 3 tiers instead. For each 10 levels. And then provide a smaller chance for a higher tier to drop. Something like a 60/30/10 or a 70/20/10.

Both these optional systems still allows you to run lower end content for a quicker reward but it also allows low end crafters a chance for high tier mats. And none of these system takes away the option for anything to be more rewarded running a tier that correspond to that material for a quicker farm.

For me that means I don’t have to bother with the levels I don’t care to run and over time I will keep on picking up all type of stuff. And when I feel like it or need too, I will go on a crafting binge using the stuff I have.

The more dedicated will naturally farm mats and craft stuff more often, just as it should be.

And that is consistent with all arguments I’ve made over the years to fix systems that is not entirely functional. Some will accuse you of wanting free stuff (a lazy trope). But ultimately I’ve never suggested something that will make things ‘easier’ just more appropriate to the gaming style for most players. And that is what I mean by organic. It’s only when you notice the hamster wheel that you get exhausted and start disliking something. If you create organic system that hide the layers of grind you don’t turn off parts of the community to it.

4 thoughts on “Time, the only real currency”